Warning: "continue" targeting switch is equivalent to "break". Did you mean to use "continue 2"? in /homepages/28/d121201466/htdocs/holistechwww20121/wp-content/plugins/jetpack/_inc/lib/class.media-summary.php on line 77

Warning: "continue" targeting switch is equivalent to "break". Did you mean to use "continue 2"? in /homepages/28/d121201466/htdocs/holistechwww20121/wp-content/plugins/jetpack/_inc/lib/class.media-summary.php on line 87
 My Favorite Twitter & Facebook Debt Ceiling Quotes | Mike Gold 
Warning: count(): Parameter must be an array or an object that implements Countable in /homepages/28/d121201466/htdocs/holistechwww20121/wp-includes/post-template.php on line 284 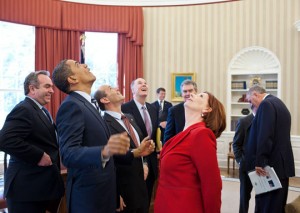 I took a few moments this morning to record a couple of the national debt ceiling quotes that caught my eye over the past several weeks. In the endless and overwhelming flow of information that floats around out there…I thought these quotes were seasoned with some wit. It makes me think that these people from all walks of life gave a little thought to what they wrote.  I don’t necessarily agree with all of them….but they all made me think. Oh…and I almost forgot…I left these quotes anonymous to protect to innocent and the guilty. However, you can blame me for the cheesy caption under the image.